WHAT I LEARNED FROM ELITE SPORTS  – PART 1
Competitive sport was an absolute life school for me, therefore I would like to explain and share some of my key learnings with you in the next few weeks. 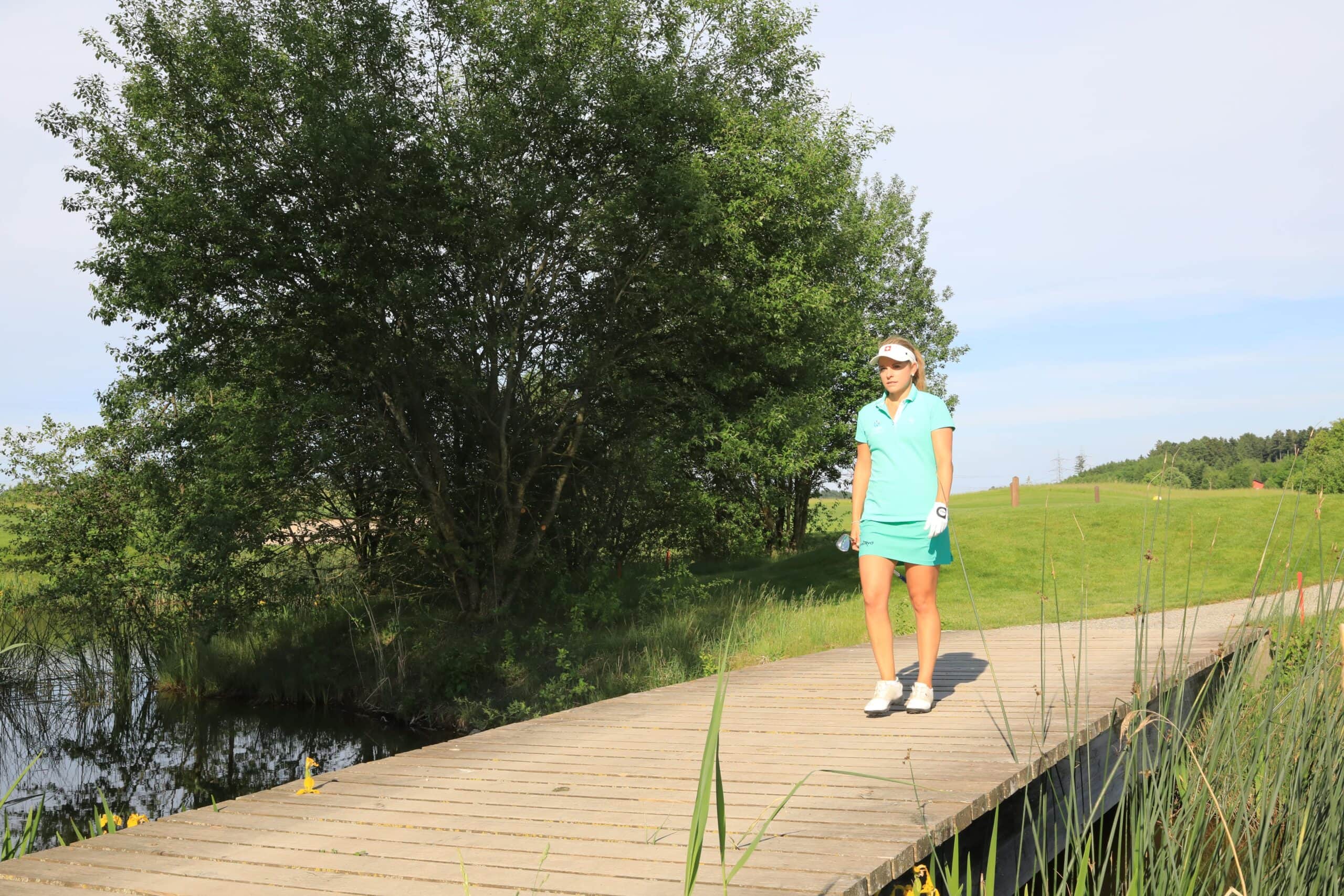 I wouldn’t say that I was born to be a top athlete, as I had to take the golf course entrance exam 4 times before I was finally allowed to play on the 18-hole course. And yet I later made it to the Ladies European Tour as a professional, played my way into the top 50 and qualified for the 2016 Olympic Games in Rio.

The road to the top was anything but easy, time and again I was set back by injuries and illnesses, but time and again I got up and kept fighting. Why? Of course, I have a great deal of ambition and discipline, which I bring with me. On the other hand, it was above all my goals and visions, even dreams, that drove me to keep going.

And this is already the first of 5 key learnings I would like to share with you in the coming weeks.

In sports, you learn early on to set clear goals and break them down into various milestones (intermediate goals). Because goals are the foundation of success, however you define it for yourself. This clarity about what you want to achieve or where the path should lead, gives you an enormous amount of direction, thereby also confidence and a certain stability. The milestones along the way help you not to lose focus and also to be able to celebrate success again and again on the way to the big picture, which in turn naturally leads to increased motivation.

More precisely, this means that I was allowed to learn to perceive my dreams, even if they may seem a bit intimidating at first because they are so big.

In the second step, the dream is formulated in a clear goal: so what is it exactly that I want to achieve and why. The why is a central point here, it means to consciously think about what are the motives but also the motivation behind the goal.

In the third step, the goal is divided into various milestones and a path is laid out.

The last step is to get started. Because you must never forget, your success has exactly 3 letters “DO”.

This is one of the many lessons I learned from my time as a top athlete.

Competitive sports was an absolute school of life for me and that’s why I want to share more learnings with you in the coming weeks. Because it is exactly these points, these insights, but also these experiences and this knowledge, which I have acquired over the years, that I now use every day in my work with personalities but also teams, so that they too can achieve their dreams, visions and goals and become the best version of themselves…milestone by milestone.

This website uses cookies to improve your experience while you navigate through the website. Out of these, the cookies that are categorized as necessary are stored on your browser as they are essential for the working of basic functionalities of the website. We also use third-party cookies that help us analyze and understand how you use this website. These cookies will be stored in your browser only with your consent. You also have the option to opt-out of these cookies. But opting out of some of these cookies may affect your browsing experience.
SAVE & ACCEPT